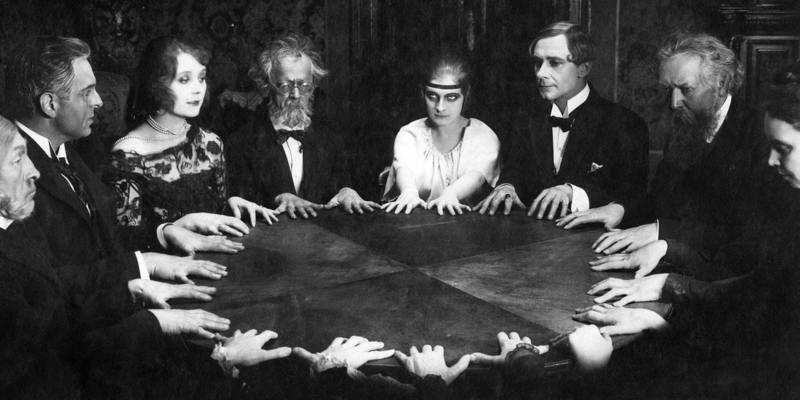 Considering his final frontier, 90-year-old Star Trek star William Shatner recently decided to boldly go into an Los Angeles studio and turn himself into a ghost.

Shatner spent five days recording a StoryFile, a type of interactive video created by a company also called StoryFile. Portions of the recording, which were captured by 3D cameras, will be “tagged” using StoryFile’s proprietary system. Later, Shatner’s ghost will be beamed to his family members, to fans via the internet, and possibly to museums and entertainment venues. People will be able to ask Shatner’s ghost questions. StoryFile’s system will “play” the answers, creating the illusion that William Shatner lives, even long after he passes on.

Welcome to the new spiritualism.

A hundred years ago, the idle rich of Europe and America indulged a fascination with the great beyond. A quasi-religious movement called Spiritualism, which began in the 1830s and rose in popularity during times of great trauma, such as during the U.S.’s Civil War. The movement peaked in the years between 1918 and the early 1920s, when Spiritualist ideas spilled over into mainstream popular culture.

The rich and famous went nuts for conjuring the dead 100 years ago. And now, they’re at it again.