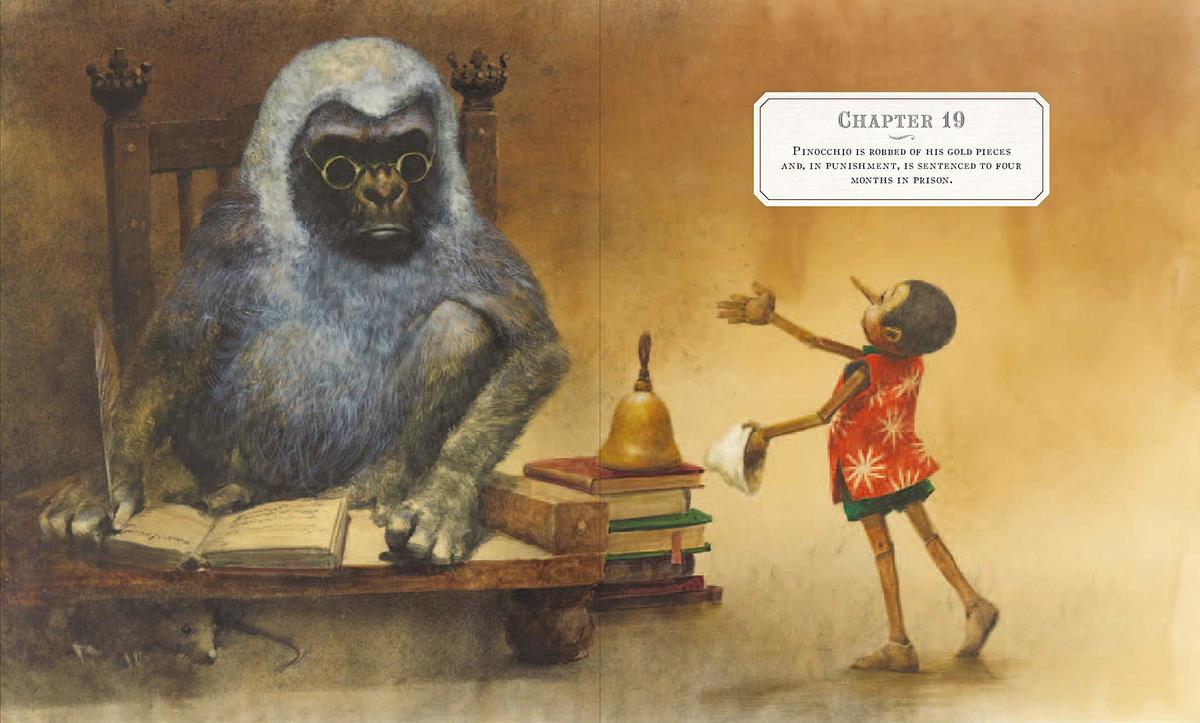 The Adventures of Pinocchio was written by Carlo Collodi in 1883. I just read the hardcover version with Robert Ingpen illustrations to my granddaughter, and we finished it last night. The original story is almost as random and bizarre as Alice in Wonderland. All the animals talk. In this scene, the "monkey" is a judge that sentences Pinocchio to prison for being the victim of a crime. The fairy dies and takes different forms. Pinocchio murders the cricket in the first scene where he appears, but he reappears alive. As with most Victorian-era children's stories, it's designed to be instructive to children: Be obedient to your parents and work hard in school, or your life will come to devastating ruin. In general, the story is totally bonkers, but highly recommended.