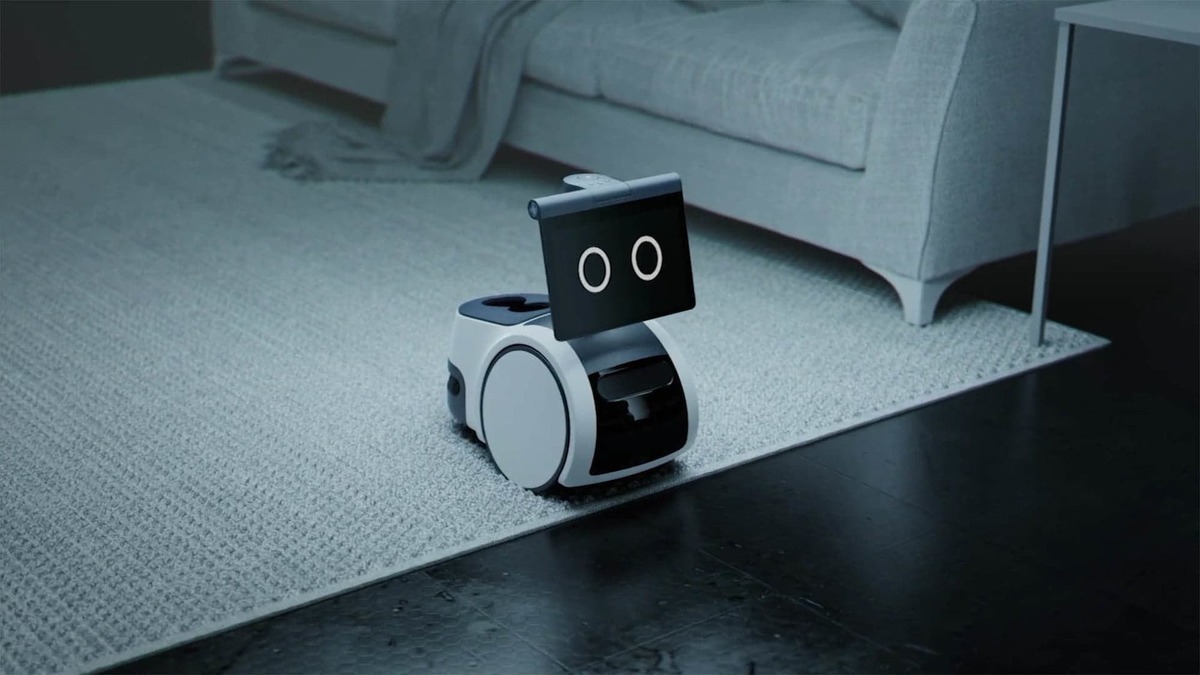 Well, they did it. Amazon announced a home robot, as rumored.

Amazon’s Astro is priced at $999.99 for the invitation-only promotion, which you can request. The actual retail price will be $1449.99.

The Astro is described by some as essentially an Amazon Echo Show smart display on wheels. But that description fails to capture what a radical product this is.

In addition to wheels, they added artificial intelligence navigation and a host of sensors — plus the mission to use your home’s WiFi connection to upload much of that data to Amazon’s servers for “processing” and indefinite storage.

I predicted back in April that this product would be a bad idea. Now that Amazon has announced more details, I’m still convinced of everything I wrote.

Here’s what Astro can do. The robot can carry or deliver things around the house; a bin can be converted into two cup holders for schlepping up to 4.4 pounds of whatever.

The Astro can be used for video calls; the 12-megapixel camera sits at the end of a telescoping pole that raises the camera to a height of 42 inches. The base unit has two speakers.

Astro integrates with Amazon’s Ring doorbell and security system, as well as a service called Alexa Guard, which detects the sounds of breaking glass, smoke alarms and other sounds that may signal an emergency situation. If Astro detects a “stranger” in the house — someone not recognized using face recognition, it will follow that person around the house. (As a security tool, the follow-the-intruder feature is easily defeated when there’s more than one intruder or when a burglar drop-kicks the Astro across the room.)

The robot returns to its charging bay to charge itself, much like a Roomba does. It can “patrol” the house on a schedule, checking for motion. It will follow you around like a hungry dog if you tell it to. A feature called “hangout” prompts Astro to stay near where people are in the home (“in case it’s needed”), unless someone says “Astro: Go away.”

The two-foot tall Astro contains cameras and sensors that create a 3D map of the inside of your house. You can name the rooms, so later you can tell Astro using voice commands to go into specific rooms. It uses face recognition, so it knows who’s in your house. (It will only recognize users who explicitly register their faces with the device.)

And I predict that rolling around will be a problem. Sure, the Astro can easily navigate the fake homes in the Amazon promotional videos — clean, dry wood floors and tight, low carpets. I doubt it will fare well in real homes, with toys and laundry on the floor, thick throw rugs and other real-life obstacles. It can’t go up or down stairs, or outside. It can’t go over bumps or level changes in a house. Despite the AI hype, it almost certain will get flummoxed over navigational issues.

The other user “benefit,” is cuteness. It’s designed to simulate a pet, to some extent.

Astro’s “eyes” are just animated images on a screen, which at launch may convey limited information by blinking and expressing cartoon emotions, but which could be software-upgraded in the future to show more facial expression and intentions. The robot also turns its head constantly to feign consciousness and to anticipate turns. Amazon designers worked hard to give Astro a simulated “personality.”

Unfortunately, Astro’s “personality” is really just a spoonful of sugar to make the surveillance capitalism go down.